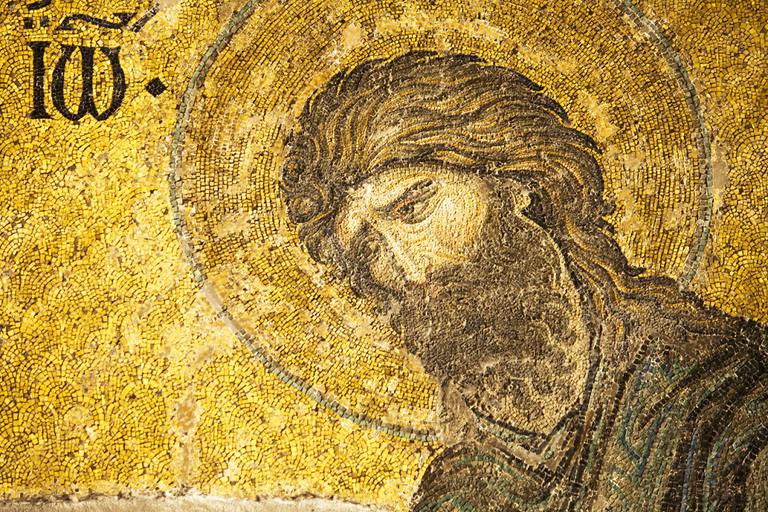 Luke 3:1-6
John’s prophetic ministry reminds us of our own role as a prophetic people, preparing the way of the Lord.  Every Christian shares in Christ’s threefold office of priest, king and prophet. To share in his prophetic office means that, like Jesus, we bear witness to the world by our words and lives, bringing conviction of sin and the light of salvation.  Jesus shares this ministry with us so that his Word is heard in all places, and this prepares his way in people’s hearts and prepares the world for his return. Each of us has a different part to play in that prophetic witness, but we all have the gifts necessary to witness prophetically in the place where God has called us.   The passage speaks to us about this in three specific ways:

Firstly, What Is Your Wilderness?  Like John, each Christian is called to be a prophetic witness uniqely in particular situations that may not be reached without us.  It could be to an individual, a family, a neighbourhood, a workplace or even a nation or a specific cultural challenge. Ask God to show you the places where he wants you to witness prophetically.  Ask him to give you deeper understanding of your faith and wisdom and courage to be prophetic in living it out.

Secondly, Family Is Prophetic.  At a time when family is under attack in so many ways, it is important to recognise the unique prophetic power that Christian families (with or without children) have to bring conviction and light to the world.  Thus, couples should resist the temptation to see family life as a mere temporal good, instead seeing it as a place of deep sanctification and spiritual formation. Husbands and wives should reject the empty goals proposed for men and women by our culture and instead focus on the urgent task of being a spiritually fruitful household.  Men are to lead their families in being spiritually fruitful, particularly in the nurture of their wives. Men’s work should always promote the unity and stability of family life, this then frees women to fulfil their uniquely feminine role of filling the household with spiritual life, peace, joy and love. This doesn’t mean that women are only to be housewives, or that they are less able than men to do jobs outside the home, only that in the pursuit of their vocations, family life should not be compromised.  Only by this complementarity can a household truly embody God’s Kingdom and so be prophetic. This has implications for those who aren’t married too: If family is so important, then if God has providentially led you to singleness it must be for a purpose, one that he desires to make clear and equip you for.

Thirdly, Make Straight Paths.   Like the laying down of the red carpet, the picture of making straight paths for the Lord invokes the idea of a royal welcome.  In particular the picture of raising valleys and levelling mountains challenges us to think about our priorities. What things take up too much space in your life, dominate the landscape and overshadow other things?  What things are too low, hidden and out of sight when they should be more prominent. This is not just a call to reorganise or try harder however. Rather, John’s ministry in the wilderness points to the cross of Christ, where the water of life flows from the desolation of Golgotha, and where we find not only conviction of sin and repentance, but the power to be healed and renewed by the life of Christ.